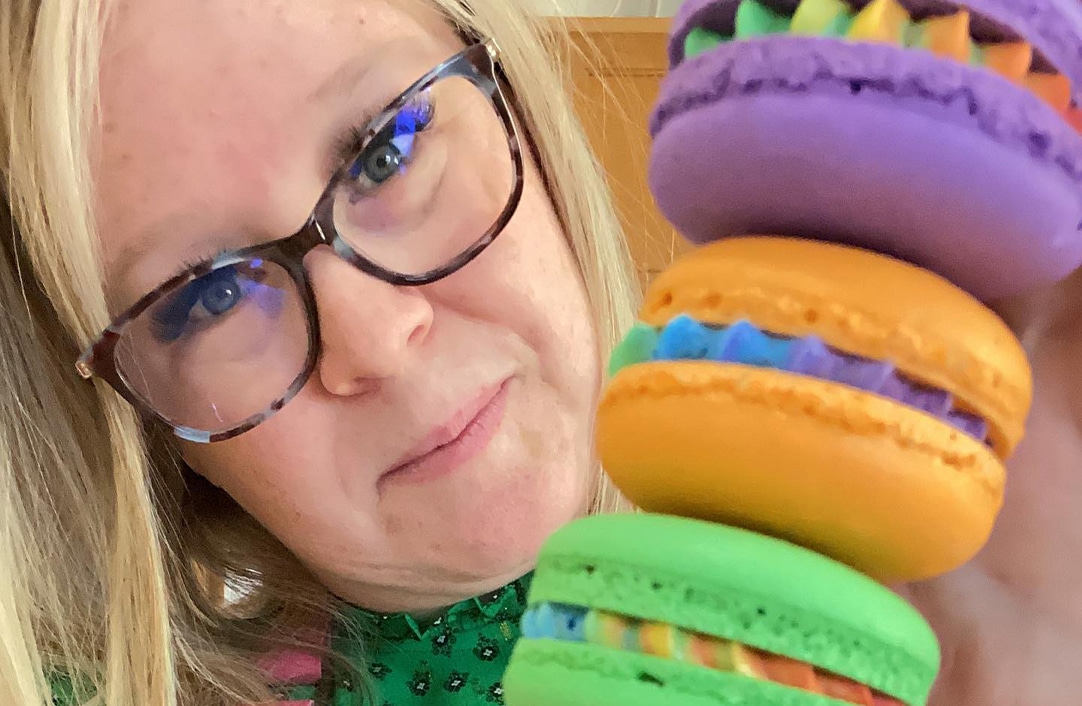 An Arizona macaron baker hopes to raise $10,000 for The Younique Foundation this month in an effort to bring awareness to child sexual abuse.

Kirstynn Evans learned about The Younique Foundation in 2017 when she attended The Haven Retreat in Utah. The retreat is a clinically informed four-day educational experience for adult female survivors of child sexual abuse. Its purpose is to educate survivors about the traumatic impacts of abuse, as well as introduce healing tools survivors can continue to use when they return home.

“When I attended retreat, I had no expectations. I knew that attending retreat would be the first step in a journey that would hopefully take me to a happier and healthier self,” she said. “As I learned about the brain and the way trauma impacts children, things started to change in my thinking. I left retreat with a roadmap of what my next steps were in my journey.”

Evans said the retreat gave her the courage to take the next steps to live a life larger than she had ever imagined. Now she wants to bring awareness to child sexual abuse and is holding a fundraiser this month. April is designated as National Child Abuse Sexual Assault Month and Child Abuse Prevention Month.

Evans operates “Nora’s Macarons” in Litchfield Park, Arizona, with her daughter, Nora. Nora began baking at eight years old, starting with a quest to make the perfect macaron. She viewed YouTube videos, practiced diligently, and worked to refine her technique. She tried dozens of recipes until she had finally mastered her macaron.

That obsession turned into a partnership with her mother and the two began selling the sweet treats at farmer’s markets, weddings, large events, and coffee shops—all from their home-based business. Evans relates that her courage to “live her life large” now includes taking steps to expand their baking enterprise with a brick-and-mortar studio that will open soon.

Proceeds from her April 30 virtual class, “Macaron Fillings,” will be given to the Foundation. Learn more about the class here.

“People I have never met are using their resources to help my campaign,” she said. “Bakers are donating some of their proceeds, and crafters are making treats to spread ‘hope’ to survivors. My fundraiser is reaching people and places in the world that I never thought I could.”