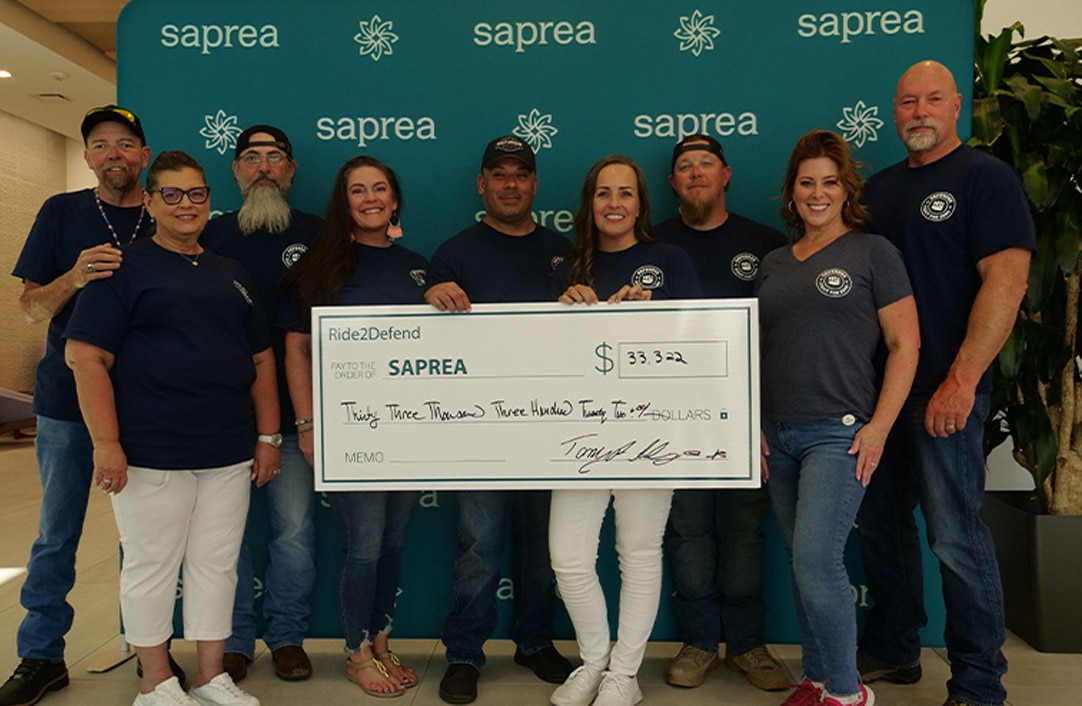 For the third year in a row, a group of motorcyclists rode cross-country as part of the annual Ride to Defend campaign to raise donations for Saprea. This year, they traveled a combined total of 25,600 miles and arrived at Saprea’s headquarters in Lehi, Utah, Aug. 30. Their goal? To raise money for survivors of child sexual abuse.

This Ride to Defend campaign raised $33,322, enough money to send 10 survivors to the Saprea Retreat. The retreat, with locations in Utah and Georgia, is a four-day educational experience for adult female survivors of child sexual abuse. Its purpose is to educate survivors about the traumatic impacts of abuse, as well as introduce healing tools they can apply to help reduce those impacts. The Saprea Retreat is offered at no charge to survivors thanks to private donations like the ones received from Ride to Defend.

During the past three years, this group of motorcyclists has been fighting against child sexual abuse by raising awareness around the issue and its lasting impacts. “We like to think of the ride as ‘wind therapy,’” said Tony Silguero from Houston, Texas, who has organized and participated in the ride all three years. “It’s therapy for us but we also know we are doing something good that has an important purpose.”

Silguero, along with seven additional riders, made the trek to Utah from a variety of locations, including Pennsylvania and Tennessee. One rider, Cal Ragsdale, flew from Alaska to meet the riders in Denver, Colorado. “It was my first-time riding and we hit some really hot weather a few of the days,” Ragsdale said. “I thought to myself how uncomfortable I was, but realized it was nothing compared to what survivors [of child sexual abuse] have had to endure.”

The riders, who take time off from work and pay their own expenses, presented Saprea Founder and Board Chair Shelaine Maxfield with a check at Saprea’s headquarters. Their efforts not only raised significant funds, but also helped to increase much-needed awareness. “This is such an incredible sacrifice. It is truly inspiring. Survivors matter to these men,” said Maxfield.

The eight riders stopped at Harley Davidson dealerships across the country, where they set up booths to provide information to community members. “Everywhere we went, we met someone who was a survivor,” said Jeremy Robbinson who rode from Eros, Louisiana.

Kenneth Fazenbaker from Hooversville, Pennsylvania, said the highlight of the ride for him was meeting survivors as well as those who have had loved ones experience the trauma of child sexual abuse. “This ride truly brings to light how many lives are impacted by this issue,” Fazenbaker said.

Ride to Defend is already in the planning stages for its 2023 ride and has set a goal of raising $42,023 for Saprea.