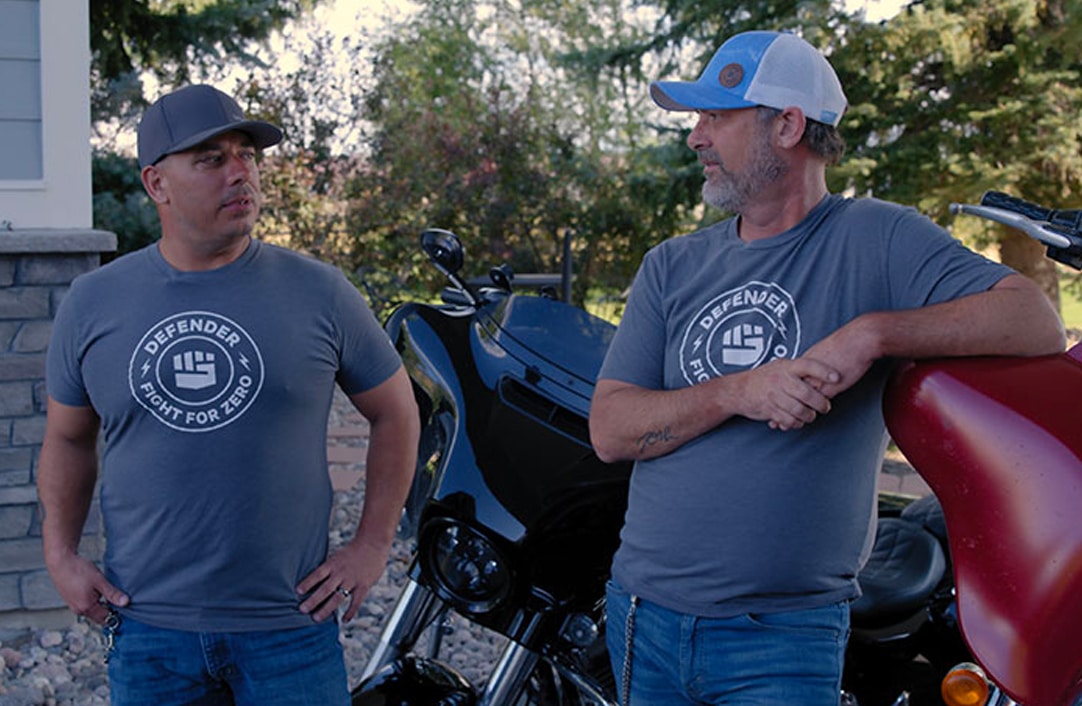 Some supporters of The Younique Foundation will stop at nothing to raise awareness around the epidemic of child sexual abuse. This is certainly true of Tony Silguero, who recently completed a 3,767-mile motorcycle ride to raise awareness and donations for Defend Innocence, a brand of The Younique Foundation that focuses on prevention of child sexual abuse.

Silguero was joined on the ride by Jeremy Robinson, who said after completing the journey, “This has truly been an experience of a lifetime.”

Silguero, a longtime motorcycle enthusiast, came up with the idea more than a year ago to ride his motorcycle from his home in Houston, Texas, to The Younique Foundation main headquarters in Lehi, Utah. He intended to raise awareness, fundraise, and connect with like-minded individuals and organizations along the way. But when the COVID-19 pandemic hit in early 2020 and shut down much of the country, Silguero’s plans were put on hold.
When it became safe enough to travel again, Silguero pressed forward with his plans, with Robinson by his side. 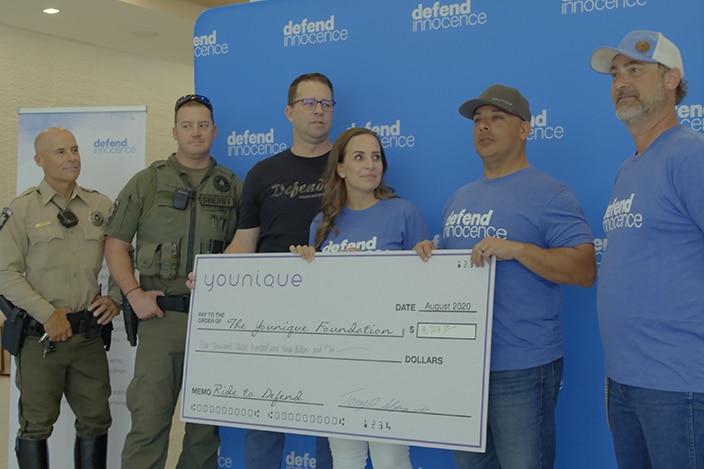 “I’m gonna support the Defend Innocence mission however I can,” Robinson told KSLTV. “When Tony came up with this—and me being a motorcycle enthusiast—I said, yeah, that’s something I can get behind. That’s what I would like to do.”

The pair embarked on their Ride to Defend on August 24—Silguero traveling from Houston and Robinson from New Orleans, Louisiana. When they left, they had no way of knowing that one more obstacle—Hurricane Laura—would threaten their plans. Both men’s homes were impacted by the hurricane. But, nonetheless, they continued on to Utah.

En route to Utah, Silguero and Robinson travelled through Oklahoma, Kansas, Nebraska, and Wyoming. They also connected with two motorcycle clubs—Bikers Against Child Abuse and Iron Order M.C.—to raise even more awareness around the cause.

“I am so thankful for everyone who advocates for protecting our little ones,” remarked Shelaine Maxfield, President of The Younique Foundation, in a Facebook post after the event. “I’m inspired by each person who finds a way to do what they love and combine it with our mutual commitment to keep our little ones safe from sexual abuse.”

The two men, as well as a small group of devoted supporters, are already planning to repeat Ride to Defend in 2021. They hope to raise more than $20,000 and reach even more people. If you are interested in joining or supporting the Ride to Defend, click here.