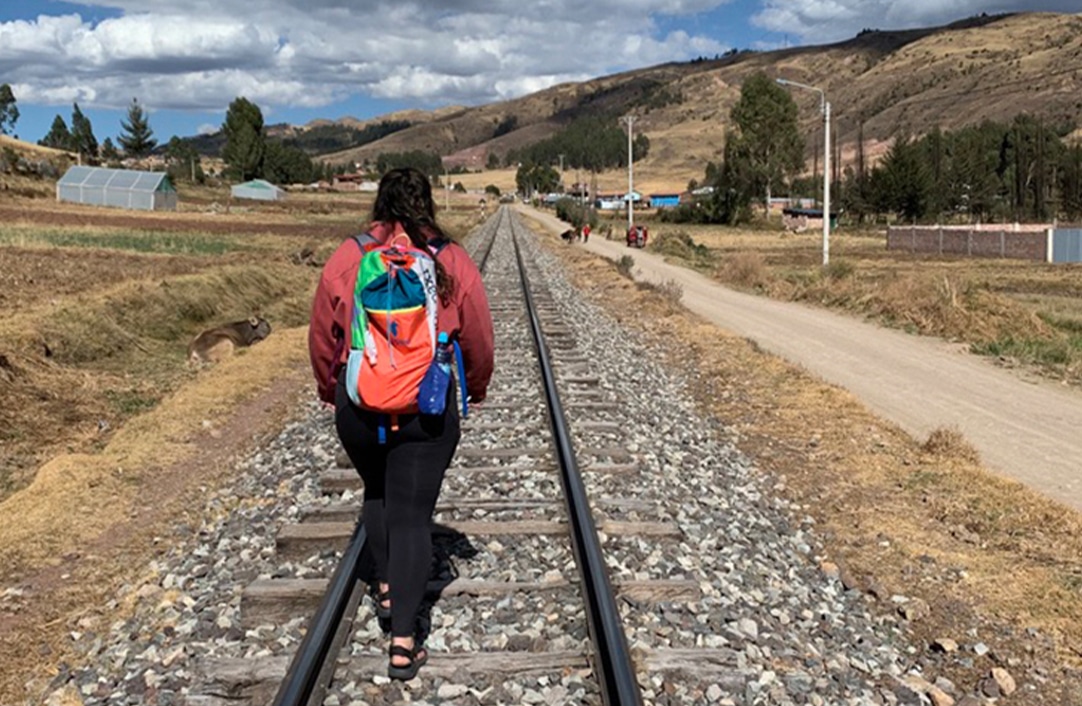 Two university students spent their summer in the Peruvian Andes organizing the first-ever Finding Hope Support Group in Peru for adult women who are survivors of child sexual abuse.

University students Maren Clark from Salt Lake City, Utah, and Auburn Bergstrom from Tallahassee, Florida, spent July and August in Cusco, Peru, setting up a Finding Hope Support Group for women. These support groups provide a place for survivors to come together and find safety, community, and education. Clark and Bergstrom worked to create a group that was a safe place where survivors can share their voice.

Cusco is home to Remar Women’s Shelter that provides services for women and children who are survivors of child sexual abuse or domestic violence. The two students spent two months there this summer as part of a volunteer program with Eagle Condor Humanitarian, a social service organization based in Salt Lake City.

Celeste Bain, a member of Eagle Condor’s Board of Directors, also works as a Spanish translator for The Younique Foundation. “She has talked about the compelling work The Younique Foundation is doing,” said Laura Chabries, associate director of Eagle Condor Humanitarian. “I wanted to see if these programs could be used in the Remar shelter, but knew it would have to be the right set of interns.”

When Clark, who had previously done a volunteer project in high school, reached out to Eagle Condor about spearheading a second project, Chabries knew she had the right combination of “heart and hard work” to make this specific project be a success.

Clark, a junior at Utah Valley University studying healthcare administration, enlisted the help of her friend, Auburn Bergstrom, an education major at Utah State University. Both fluent in Spanish, they received training from the Foundation’s Outreach Team about how to set up the support group, and teach the survivors how to continue the group once they left. The Foundation provided all curriculum and materials.

“When we first met with the women, they were very reluctant to open up,” said Clark. “They did not realize that what had happened to them was sexual abuse. Hearing about the support group was validation for them.”

Clark said the first woman brave enough to share her story, gave birth to her first child at age 10. “Once she told her story, everyone felt more comfortable telling their stories. And once they started opening up, they couldn’t hold back because it was the first time most of them had ever talked about their abuse,” she said.

Bergstrom discovered how powerful a group of women can be when they come together to strengthen each other. She learned that every story matters and support groups allow survivors to talk openly and honestly about their feelings and experiences with others who understand. “Amazing things really can happen when they trust and confide in each other,” she said.

Clark is preparing to become a therapist and work with survivors like the women she helped in Peru. Since returning home, she now volunteers three times a week for The Younique Foundation doing community outreach. She hopes to help survivors set up a Finding Hope Support Group in the West Valley area and possibly one at UVU.

“These trainers have the hearts of angels and sharing their goodness made me a better person,” said Chabries.

“I feel the most fulfilled when I am in a situation where I can help other people. That is when I am the happiest,” Clark said. Bergstrom agrees. “Working with these women survivors was an amazing experience, and one that I will never forget. I am forever grateful.”